Gateway Classic Cars of Atlanta is excited to present a red 1972 Jaguar XKE E-Type convertible with only 18K miles.

This numbers matching work of art has been considered a touring masterpiece of timeless design. An icon in the motoring world. Designed by Malcom Sayer, the Jaguar XKE was proudly assembled in Coventry England from 1961-1975.

The Jaguar XKE went through many technical changes over the years but never lost its original design appeal. Three different series models were produced during the XKE run. The series 3 was only available as a coupe 2+2 and convertible “roadster” models. The XKE can be distinguished as the car that sparred industry changes in both state- of- the art technology and safety improvements. With such advancements as rack and pinion steering and independent front and rear coil spring suspension. Such early technology that we take for granted in today’s automotive world.

Jaguar was one of the first manufactures to build a car that was not only fast but could handle curves and corners with ease. This Jaguar e-type comes with the much desirable 5.3-liter V-12 engine attached to a 4-speed automatic transmission. The 5.3 liters version produced 282 hp to 295 hp depending on emission controls installed. Conquering a top speed of 150mph. 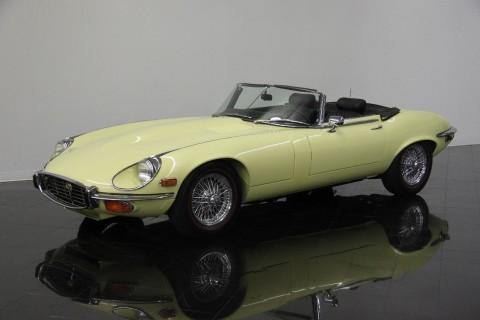 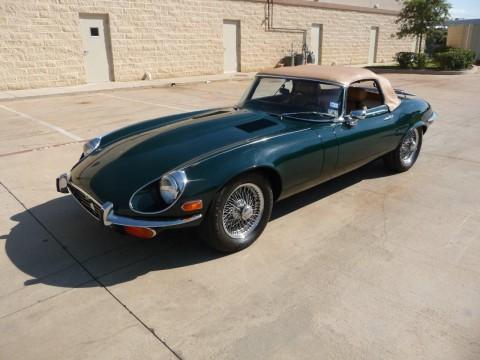 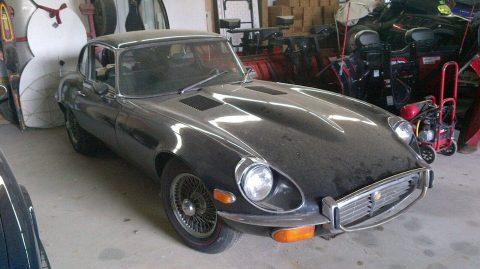 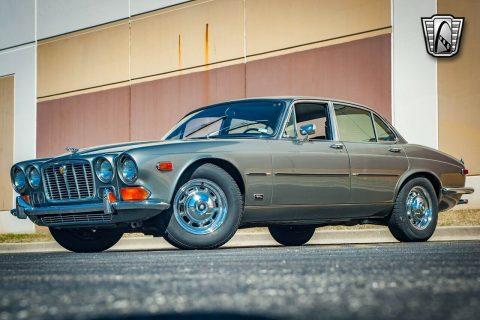 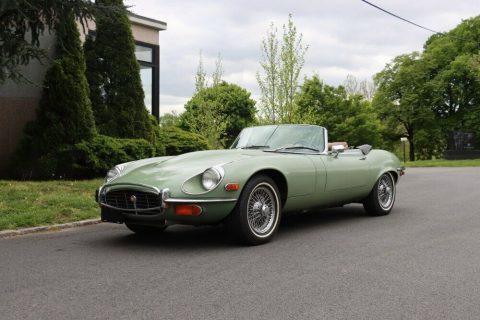