Your chance to own one of the most beautiful cars ever built! 1974 Jaguar XKE Series 3 V12 in great condition. New automatic transmission 2017 with less than 50 miles on it. New seats. It starts quickly and runs well. Air conditioning. White convertible top.

“The Jaguar E-Type, or the Jaguar XK-E for the North American market, was manufactured by Jaguar Cars Ltd between 1961 and 1975. Its combination of beauty, high performance, and competitive pricing established the model as an icon of the motoring world. The E-Type’s claimed 150 mph (241 km/h) top speed, sub-7-second 0 to 60 mph (97 km/h) acceleration, monocoque construction, disc brakes, rack-and-pinion steering, and independent front and rear suspension distinguished the car and spurred industry-wide changes. The E-Type was based on Jaguar’s D-Type racing car, which had won the 24 Hours of Le Mans three consecutive years beginning 1955, and employed what was, for the early 1960s, a novel racing design principle, with a front subframe carrying the engine, front suspension and front bodywork bolted directly to the body tub. No ladder frame chassis, as was common at the time, was needed and as such the first cars weighed only 1315kg (2900 lb). 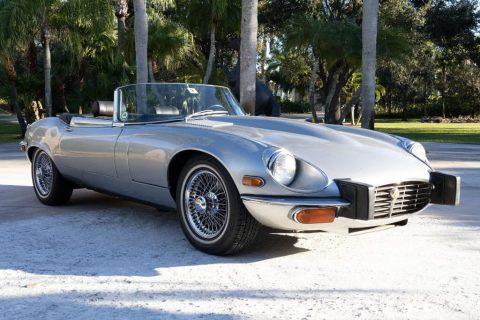 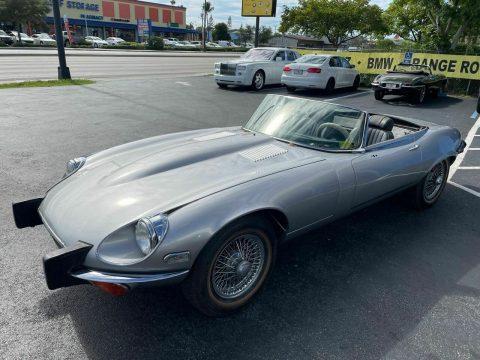 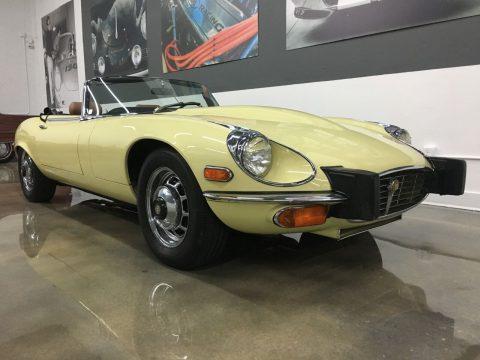 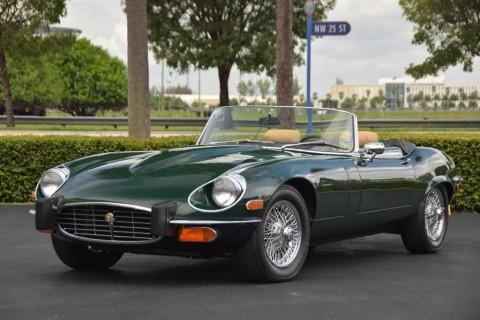