This 1953 Jaguar XK120 is a left-hand drive Drophead Coupe that is said to have been refurbished in England in the 1980s before it was acquired by the current owner in the early 2000s.

The car is finished in light blue with a blue soft top and a darker leather interior, and power comes from a 3.4-liter inline-six paired with a replacement five-speed manual transmission.

An aluminum radiator and electric cooling fan are also fitted, while replacement wood dash veneers and leather-wrapped leaf springs were installed in 2019.

This XK120 DHC is now offered on behalf of the current owner with a Moss four-speed manual gearbox, recent service records, and a clean California title in the name of the owner’s trust.The car is said to have received bodywork and a repaint in its current light blue during the 1980s refurbishment. XK120 DHCs feature an integrated windshield frame, roll-up side windows, exterior door handles, and an insulated convertible top with a plastic rear window. Chrome 16″ wire wheels feature two-ear knock-off hubs and are mounted with Michelin X radial tires.

A matching spare wheel with older Dunlop rubber is mounted below the trunk floor.The four-spoke steering wheel fronts Smiths instrumentation including a reverse-sweep tachometer with a 5,200-rpm redline and an inset clock, a 140-mph speedometer, and gauges for oil pressure, coolant temperature, amperage, and fuel level.

Just over 29k miles are shown on the five-digit odometer, approximately 10k of which were added during current ownership. Total mileage is unknown.

The clock does not work, and scratches are noted on the steering column adjustment nut. 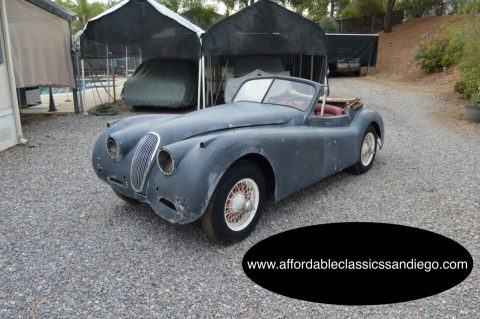 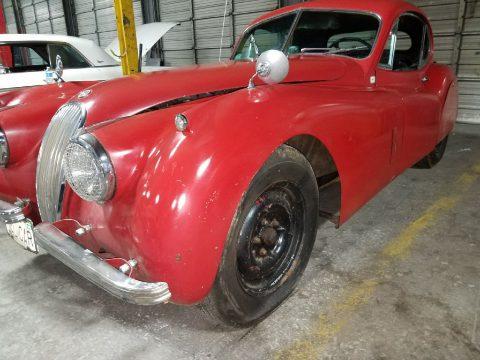 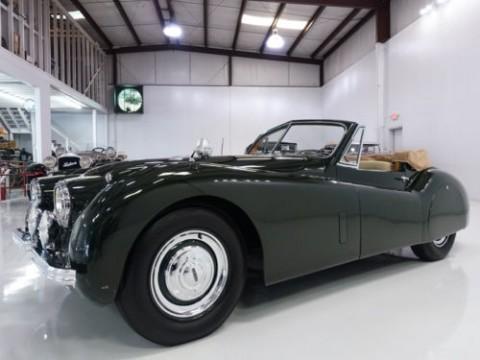 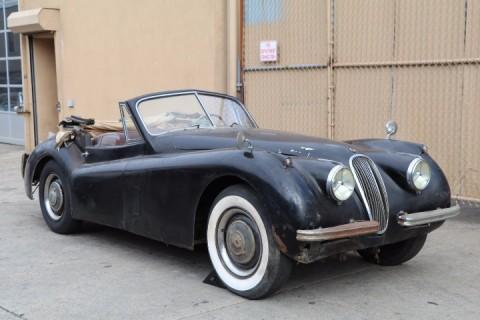 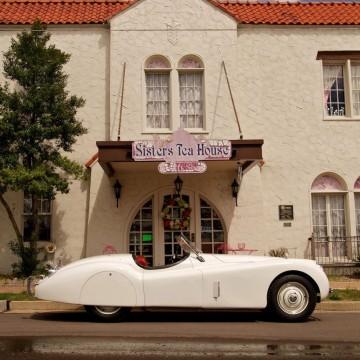